Yesterday I sacrificed one whole weekend to go to Sungai Wang as to see the mid year Gunpla challenge. I've never been to the event before, and I know I'm not qualified yet to take part, either.

Shall talk about the event next time.

After that I went to Lowyat as to get a laptop cooler pad. Before I could go up to the shops for that purpose, my friend dragged me to a hobby shop which I've never been to before.

And I spotted this; 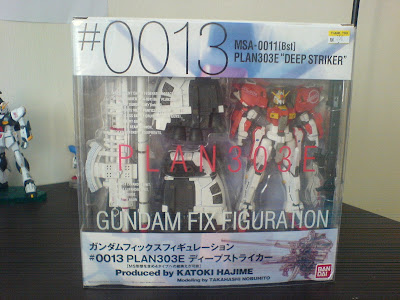 I could not believe my eyes, really. This G.F.F. is been out of market few years back. There was a second batch production and it has sold out in a short period.

I thought this was a fake but as far as know there are no fake G.F.F.s around. Not practical to fake it since it requires full painting and detailing. 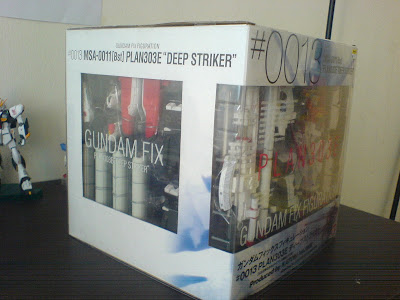 So, there was only one unit left sitting there on the shelf. I took it down and studied it. No doubt it's a brand new. Not far away there were a few other different G.F.F.s sitting there.

First time I see so many G.F.F. models in a shop. Shops in msia don't usually sell them because of its high price and hence the low popularity. 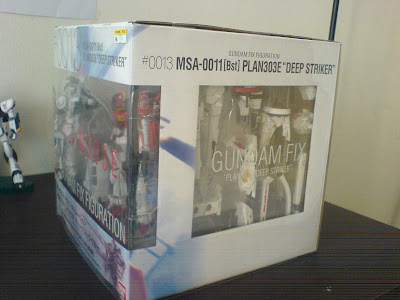 But nonetheless, due to its completed paint job and detailing, this series is still very popular through out the whole world.

Furthermore, this series has those models which are not made into gunplas, including this Deep Striker unit, where G.F.F. made it possible. 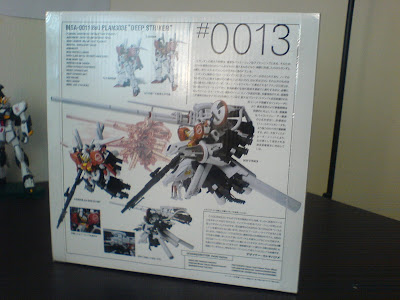 I was really glad to see this. I thought that I won't be able to own it forever and never.

In fact I planned to get a set of Detroit Metal City Revoltech models, 1 set of 3 with discounted price of RM100 (Normal price RM225). But I guess I'd prefer this G.F.F. anytime than anything.

What made this model a must grab is that it was selling at a lower price than its original 9,800 yen price. 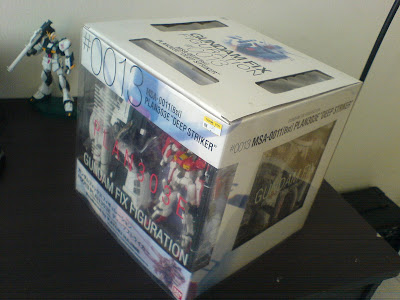 I'm not sure why this huge box will sit there for so long without being purchased by any collector out there, but I'm certain that now this model has found its owner.

Although it is a completed model, but the pieces need to be assembled together as to become the 400mm size model. Since it's going to take quite sometime to assemble the Deep Striker form, I won't be assembling it at the moment. 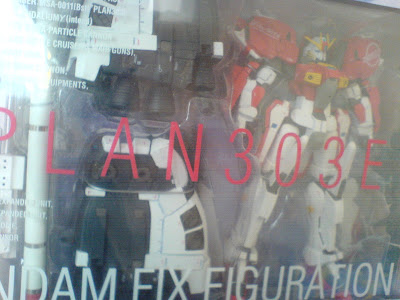 My second G.F.F. so far. If I'm able to spot the others like the Ex-S Gundam, GP04 Stamen and Z plus [Bst], no doubt I'll going to get them. But chances of me seeing them here will be very tiny. And it shall depend on my financial status too at the very first place.

Anyway, this model can be converted into 4 forms. Firstly the basic S Gundam, then the Ex-S Gundam. Thirdly the S Gundam with Booster unit and finally the ultimate Deep Striker unit. 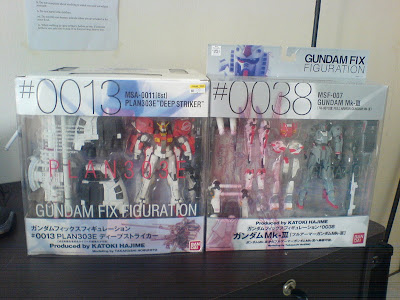 Definitely a killer. I'll need to restore my damage for at least half a year. Being a 9,800 yen model, I bought it for 9,600 yen. But guess the price was before the yen price increase.

And there are 3 Revoltech Evangelion models which I plan to get during June. I guess those have to be postponed.

i went there on the first day lolz. post up some pics, i might have missed a lot of things cus they were only setting up the time i went =(

saw ur post already. i think i saw a few more models than the photos shown online during the first day. i think end year's BAKUC would have more and better.

Yeah. But i always seem to miss out on that event every year due to exams...T^T

i missed out because of uni as well...

mike whats the gundam by the side, looks like something from the old era gundam? the gundam with a black colour chest

oh that's the HGUC Nu Gundam. One the very first HG Gundam i got from the Universal Century series (you called it as the old era). Now got the pumped with Heavy Weapon System of this particular HG with addtional 300yen from its original price, very worthy. It's highly recommeded chan. If only u finish ur previous HGUC first laaaa

oh yahoh..that onei bought...yeah i go home try finish it la lol. i regret colouring it with marker in the first place haha. made me damnlazy to finish it..

i started to have laziness in assembling gunpla too... that's why i'm more to finished products right now like Fix... but the price is 4x higher than the counterpart gunpla which shares the same scale la.

Gaplant or something right urs. Knn go finish it when u come back la. then show me, lol.

knn...supposefix exia sd for me , say no cash then buy one pg and one fix configuration-_-'

if i were to fix for you then i'll do damn nice for you so it'll take a very long time. I bought this FIX for the 4 days already, and i still havent open the box yet. saw that.