Alright, i know this is kind of late, first review of the year of 2010.

Thi is the second model I bought this year actually, the first being the GFFMC #1004 RX-78-2, which I have yet to take the photos therefore the review will be postponed. 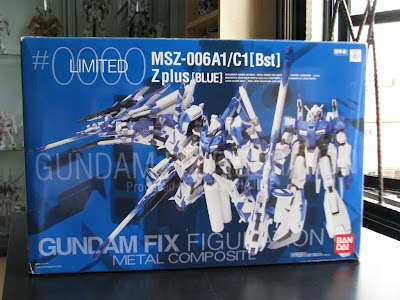 The heaviest, most expensive GFFMC so far with the killing price of 18,900 yen. The GFFMC Unicorn Gundam has the same price tag as well with 1/3 of this Z plus's box size therefore I still don't have the courage and money to buy it.

I bid this item off from ebay after a long period of consideration. Anyway it's not easy to regurgitate 18,900 yen that easily from a person like me who is still financially dependent. The seller contacted me fast enough and the next day I met him at Mid Valley for Cash on Delivery. 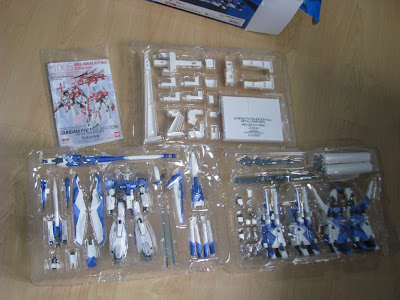 I travelled from Seremban to Mid Valley by train for this purpose. Having the need to carry such a big box but it was worthy. Not only being a limited model, I also got my hands on it with a fairly reasonable price, around 16,200 yen.

The first time I travelled by train all the way to KL was for the Revoltech NR-EX Evangelion unit 3, reviewed here. 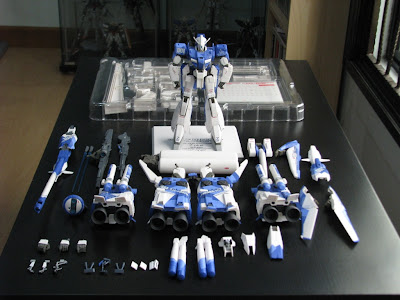 Within this mega sized box lies 3 layers of parts, consist the main body and its equipments on the first layer, booster packs on the second and the stand for necessary modes on the third. It comes with a extra sheet of dry transfer decals too in case you think that the decals aren't overwhelming enough for you. See how the parts occupy my whole Ikea coffee table!

Having labeled as the worst paint job of the GFFMC line ever, I deeply find this reason acceptable. This is not a fully painted model unlike the previous releases. Mainly it's because of its transformable features, which may make paint scratches a pain in the ass.

However, most of the people still find it unacceptable. Me too in same way, because some of the parts should be painted, like the beam cannons! 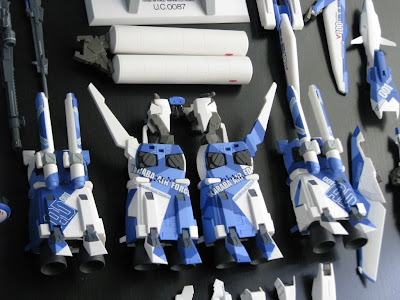 The parts are huge but surprisingly light. Having die cast metal parts at the crucial joints like the hip, shoulder, arm, ankle and such means that it will not have weight issue when the parts are attached to them.

The die cast parts not only added the stability to the joints, the weight does help in making the model to stand up better too. But however, having backpacks and way too heavy thights, I found the Ver Ka stance a little bit too difficult to exercute, without having the fear of it falling down. 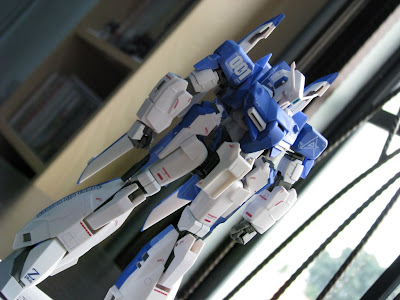 Snap in the parts for the A1 mode and you're done. I found the A1 mode the mst pleasant to my eyes among all the 6 modes. Maybe I prefer the model to be as light, as clean as possible. More add ons = more stress on the joints = reduced shelve life, and that's no good for me.

I had it posed in standby mode for the past 2 months in my Seremban room before I carried it back home. 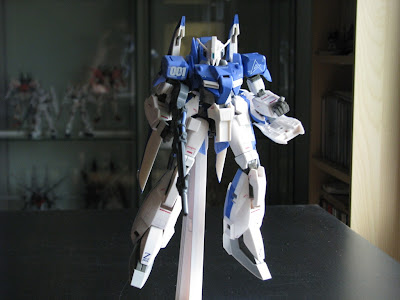 The joints are stable before of the die cast parts and the knee joints even have the cogwheel effect like the revoltech joints, which I found it to be interesting. However the range of movement isn't wide, not an important criteria of Katoki designed products anyway. 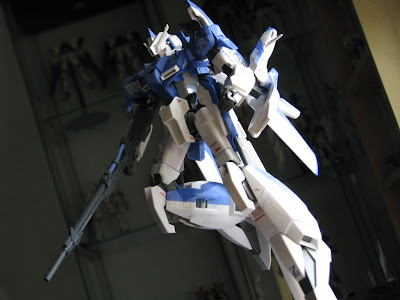 Imitating the cover of the Master Grade Zeta 3 Gundam.

You can still pose around with it but it is not something that I usually do. The only time I test the range of movement is when I take shoots of it. 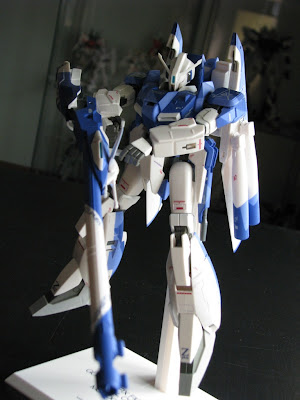 Changing the front armor, backpack, add on some fuel cylinders, put on the combined shield with S-Gundam's beam smart gun and you will get the space use C1 mode.

The beam smart gun is too long for god sake but I find very difficult to move around. But it's a +1 for those who like big cannon, me myself included. Contradicting? 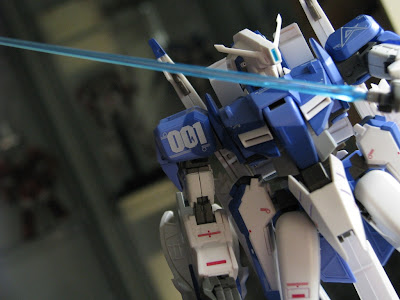 And of course, the standard beam sabers. Two of them.

I didn't take shots of these A1 and C1 modes in Waverider form during this shooting session because it's really time consuming!

The ultimate C1[Bst] form will be up when I have time.
Narrated by Mike at 16:56

It's good to conserve the joints...but what's the use of beautiful clothes if you don't wear it ! Same like Gundam parts...take a few pics fully dressed Gundam?

you have to understand how does it feel to be a collector. you own it but you don't fool it. it's like how i used to collect audio CDs and keep them in the wrapping without listening to it but instead listen the songs from alternative methods... i wonder how would it be next time when i work. I'll work outstation but all these collections are left at home. hmm.

i think next time when u richer..you gona buy 2 sets..one for keeping, never to be opened, and one more to play with