Just another quick update to inform David John from Shewsbury Land that I've received this package this afternoon. All the way from Brunei! 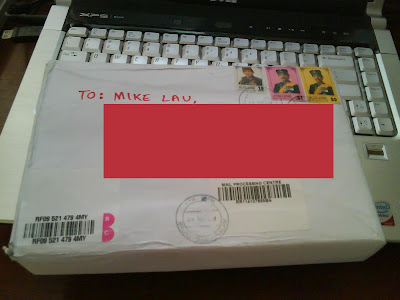 I got this from David John as a free Christmas gift by taking a survey from his blog. I also won his blog's quiz but I didn't get the prize because there were 2 winners, and I didn't manage to be the lucky one! 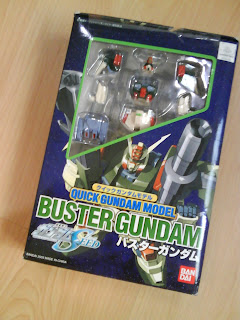 I opened the package and surprised to find out that this model was sent instead of Banpresto's SCM RX78-2, which David told me earlier.

But anyway, it's free. Nothing I can complain about it. 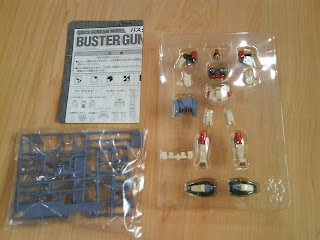 I have not seen this "Quick Gundam Model" before out there. I guess this stays in between a gunpla and a toy, which it allows people from lower age group to get a basic idea of what gunpla actually is.

Open up the box there will be painted parts, and 2 runners of parts which need to be assembled. Mainly the joints and the weapons for Buster Gundam. 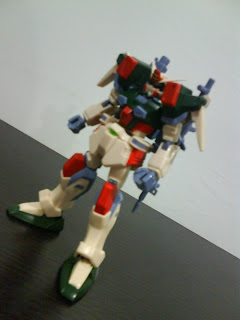 It stands 10cm tall, shorter than a High Grade gunpla model, made up its scale of 1/180. 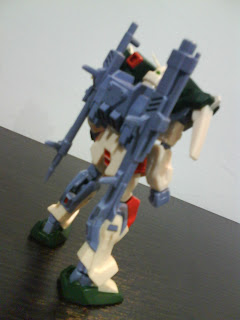 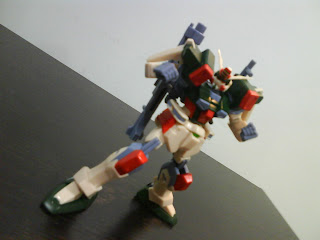 Joints are very simple and functional. The knee can even bend until as close to 180 degrees. 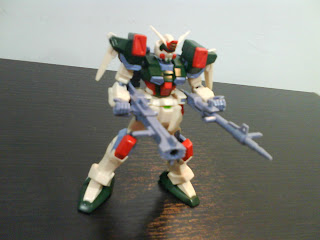 I'm not very familiar with Buster Gundam but seems that this model is capable of posing Buster Gundam's trademark poses with its beam cannons. 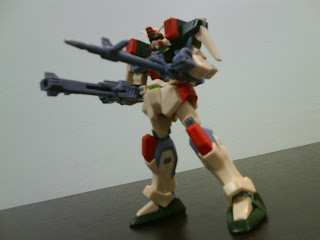 By the way, pardon me the photo quality. Photos are taken using my fixed focus 2.0M pixel handphone camera. Have not charge the batteries of my cameras yet. 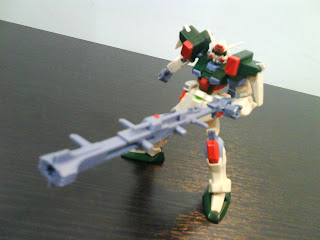 The beam cannons can be combined for a longer range purpose, I guess? 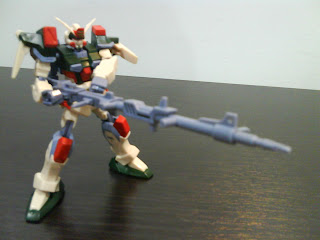 An the other way round too. 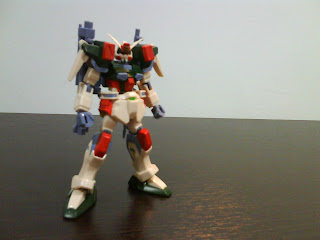 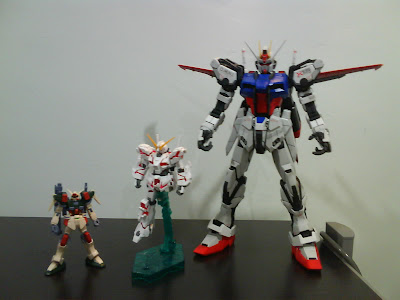 Size comparison with the HGUC Unicorn gundam (current work in progress) and with the PG Aile Strike Gundam. Quite small huh? 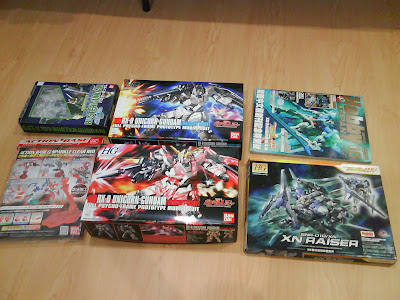 Too many sudden acquired gundams, ever since the MG Exia which I bought 3 months ago after my EOS7.

The next review will the the HGUC Unicorn Gundam in Destroy Mode, if I'm able to recharge the camera batteries...


PS: Attachment to National Heart Institute is next week, I must study!
Narrated by Mike at 20:58

Congrats for your winning. :)

Quick Gundam Model was one of the many action toy lines created when Gundam SEED came out. Given that I have not seen anymore after the first 5 Gundams it should be rather short-lived, besides there were also No Grade and High Grade available too.

Nice stuff you've got there. I've yet to touch my XN Raiser kit though...

good point there, but still i think this quick gundam model is easier than more playable than FG for lower age group people.

About XN Raiser, i'm still thinking whether to marker paint it or to buy spray cans for it, which the latter may cost me more, but looks better.

eh mike i FINALLY received my markers. after damn long. goddamn hongkong vendors man. now i can continue my WISP

wow envy man.i'm still waiting for my christmas pressie.congrats on your winning!