Incredibly fast, the first week of our semester 6 holiday has just passed. I don't think I have done anything constructive through out the whole week and time has just gone just like that.

I didn't go hang out much, I rather spend most of the times at home. Since I don't really have much time to spend at home lately.

Nothing much I could do at home. I think I spent the most of the times online. Read blogs, manga, update this page's template, and of course chatting. 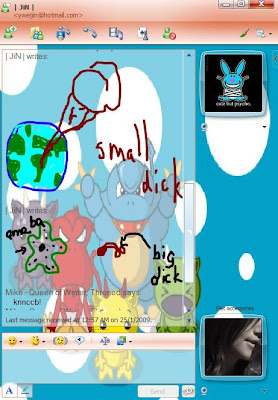 I got this game from Jin before our Surgery exam. My lousy laptop cannot fully support this game. Even though I set the video quality to the lowest, but when the game graphics starts to overwhelms, the game will either hang or exit by itself.

Nonetheless, regardless how anticlimax my laptop can cause, I managed to finish the game anyhow. Very nice FPS. Shooting zombie ain't the same as shooting terrorists, where the former isn't human at all so no mercy is needed in firing. 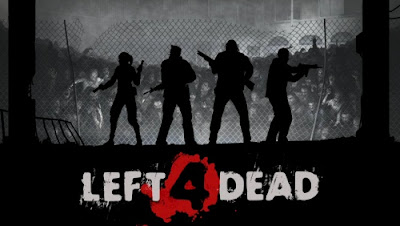 I spent another 4 days to complete assembling this PG Strike Gundam I bought last year. Finally it is done, minus the decals and coating which I will deal with later on.

Trimming total of 569 pieces of this Perfect Grade model used up 3 to 4 blades of the crafting knife. Fortunately for the latest piece of blade I used I did not cut my fingers, which tend to happen everytime I change a new blade. 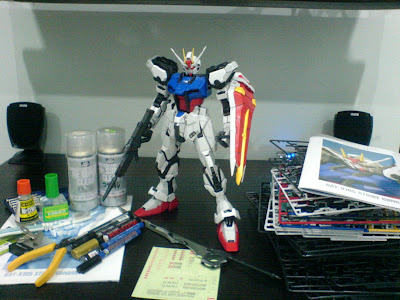 Yesterday I went to kotak hijau with my secondary school friend + college friend + university friend. It was the second time where I've been to a karaoke, but it was the first time to be exact of me singing.

I can't sing because my vocal is too low to reach high notes. Now I know why singing is difficult. After screaming for 3 hours, my throat really sore. I wonder how Corey Taylor screams for his shows everyday without tearing his vocal chords off.

Of course my kind of music won't be available to sing. But at least I could still sing those songs which I used to listen when I was young. 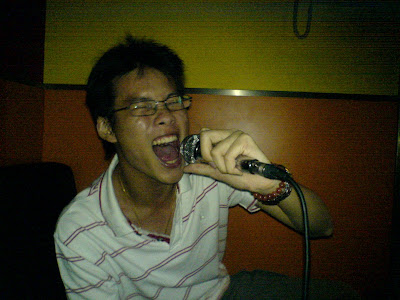 I thought I could finish reading the books that I bought before this. Still reading Stephen King's "Gerald's Game". The front part was thrilling but later on the story gets boring somehow. Other than King's books, I still have other 5 more books which I have not read!

Still looking for Thomas Harris's "Keseyapan Biri-biri" before I could read the famous "Hannibal". I bought the latter from popular bookstore in Sunway Pyramid for RM 14.90. Apparently they typed the price tag wrongly, RM34.90 supposedly.

No matter what mistake they have done, of course I took the chance to save myself RM20. 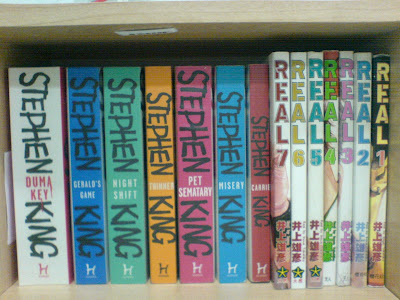 Wanted to downtune my guitar to C tuning but it is too time consuming so I think I'll just stick to E tuning. If I downtune it again I don't know how much time I need to tune it back again. Quite regret that I bought this Floyd Rose bridge axe.

It's already more than 5 years I own this axe, I always thought of buying a new one with fixed bridge to play Drop B C# tunning while keeping this axe in E tuning. But anyway... I think I'll just focus in my studies first.

Another sacrifice to make in order to be what we want to be. 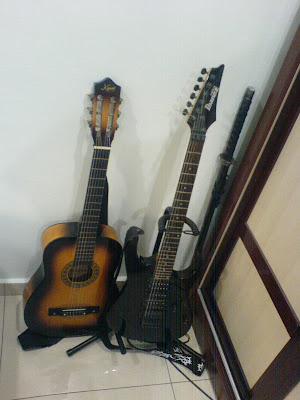 One more week left before commence of semester 7. Five more days for me to be exact. I need to go back to hospital earlier to start my research.

Yes, my research group hasn't even started our data collecting. Fear. Must get it started as soon as possible.
Narrated by Mike at 16:30

i couldn't finish l4d, my heart too weak. too many shocks around the corners, dark hallways, zombies breaking through walls etc. my heart go tachy man. eh your pg complete, why no pics ?

At first left4dead gave me that kinda feelings you described, but after that no feelings already. It's just another FPS... Maybe it's the genre of game that i usually play la, horror + survival + shooting.

My PG isn't 100% done yet. Still got decals and coating like I've mentioned for few times. Plus I'm too lazy to charge my digital camera's battery...

I think I may finish it in 1 month's time. But minus the Aile Striker, because I haven' buy it yet.