Again another unplanned trip. This time we went to Port Dickson.

My house mate asked me to go. I didn't want to. Simply of the laziness to travel. But in the end I still go though. 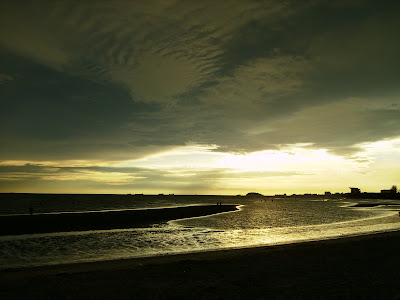 Although we have been to Port Dickson so many times, but we only go to Port Dickson Hospital for ward work and clinics. This was the first time I went to the beach where almost everyone been before.

First impression was good. Being a beach at the west coast, the beach was already good enough. Even those from penang said that the beach was more beautiful than penang ones. 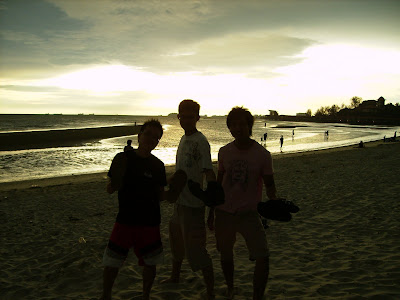 3 of us and 2 more female friends of my house mate. We only reached there after 6.30pm. But that timing was really good. It was about sunset so it was not that hot.

Having such beautiful background so we started with some cam whoring. 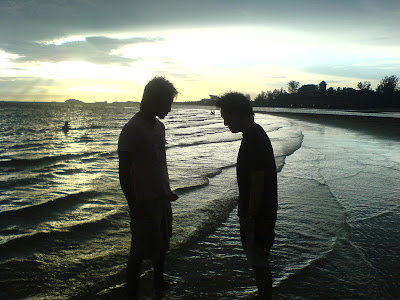 And they were about to kiss. 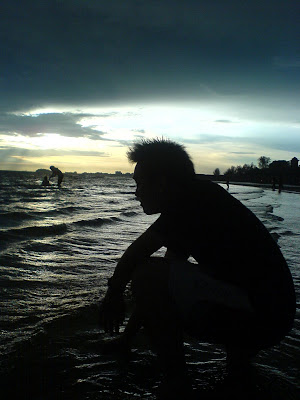 It was not that dark actually, just that the camera was facing the sun therefore the light exposure made the subjects to look dark.

But that was nice enough to make cool pictures, like this; 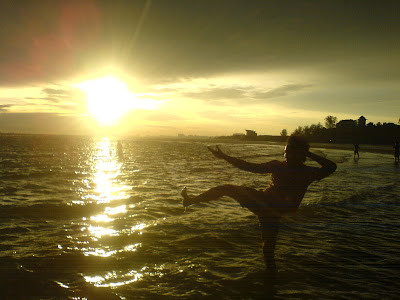 Argh, Chun Li under the sunset.

The best photo of the day with my pathetic little 2.0 Mega pixels camera hand phone was taken by KS. 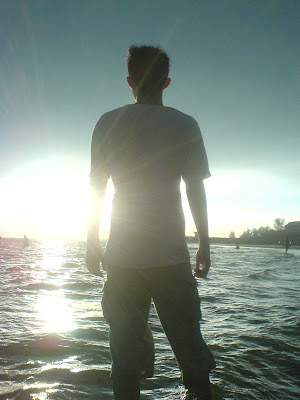 And it's like I'm walking towards heaven. Hell yeah.

After individual cam whore session we decided to take some group photos. 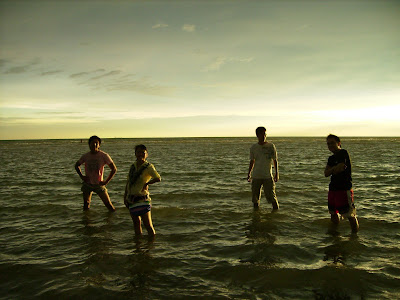 Christopher said this looked like a boy band cover. Actually not too bad though, but there was a girl in there, so boy band cover failed. 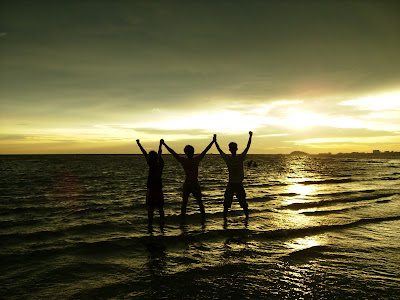 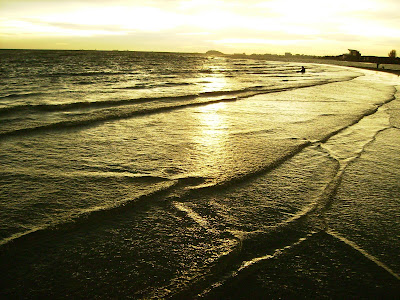 The photos turned out to be really good even though they are taken with a normal digital camera.

If the scenes are taken with a DSLR by a pro then it would be even greater. 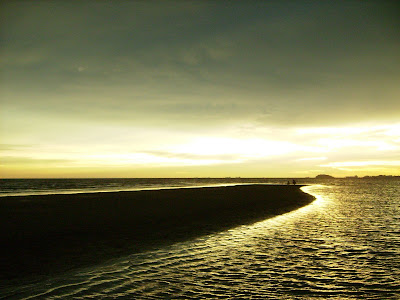 Perfect timing to take pictures during the sunset. But it only last for a short period. 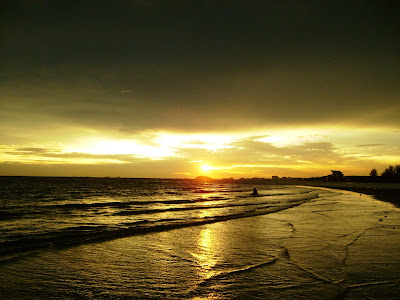 And my favourite photo above, a perfect blend of sunset, cloud and sea wave. 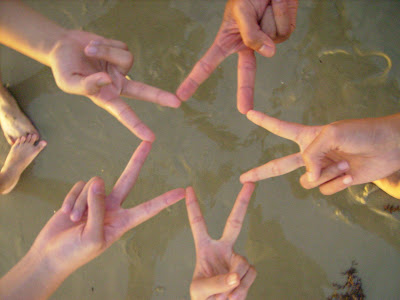 I guess this is what people will do every time they go to the beach.

The feet in there spoilt the picture though. 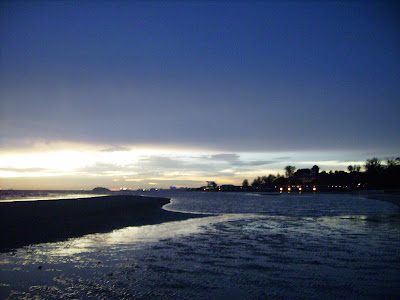 Alright, very good place to hang out. Next time we shall have barbecue there after exam.
Narrated by Mike at 13:37

if with the right person and right atmosphere as well, this could be the nice place to practice paktology also.. :D