I'm currently staying together with 3 more other batch mates. I'm in the same posting with only one of them. So having different schedule among us and for the sake of convenience, each of us has our own car and we drive separately.

Normal double storey houses can only accommodate maximum of two cars in the parking space in the house. Therefore the remaining to cars, have to park outside the house.

I usually park at the space in between two houses, but no directly outside my house's one, because the spaces there are usually occupied by the neighbours' cars. 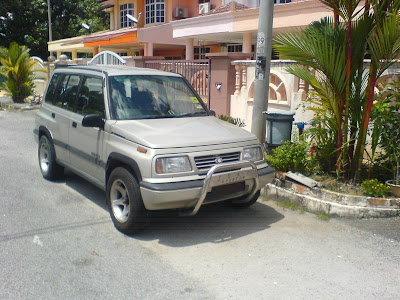 So I have to park outside the opposite row's empty space. It's wide enough to accommodate a car without blocking the gate of the houses.

And few weeks back during psychiatry exam week, I did not go to the ward because the rest were having exam, and my exam was the day after that.

Usually we leave home during sunrise but that day I only go out during afternoon to buy lunch. The sun was bright enough, when I walked towards my car, something shiny under the car tyre caught my attention.

I bent down and realised that there was a screw so nicely placed and aimed under the front right car tyre. 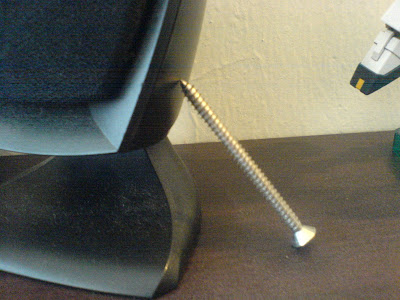 The screw was placed as shown above, with the speaker as my car tyre.

This ain't no joke man. If I didn't realise it, my car tyre sure would have punctured.

Luckily it was already noon when I left home. Or else if I go to ward in the morning before the bright sun came out I would not have realised that.

While feeling pissed off I removed the screw, and I found out that there was another screw placed at the other front left tyre! 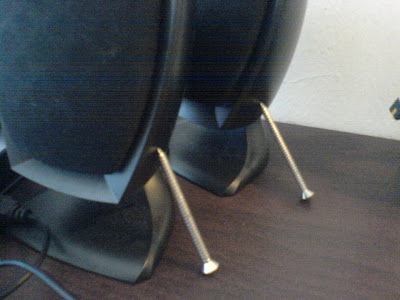 Double screw aimed so nicely fearing that one punctured car tyre was not enough.

Apparently this could not be a prank by a kid or something. I am damn sure that it was by the neighbour whom I parked my car outside their house.

If they were not happy that I parked outside their house, they could have inform me, or leave me a note or something right? But they didn't, and what they did was to leave to screws to nail my car tyre. 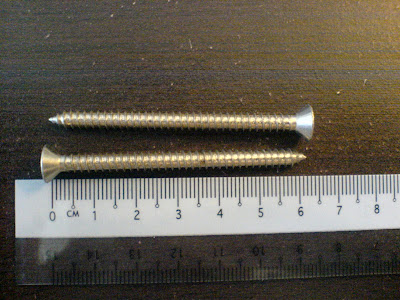 Fortunately I saw these screws and nothing bad happened. Imagine if I was rushing to ward for exam and both the front tyres flat out and I lost control at the highway suddenly. That's attempted murder.

I did not confront the neighbour simply just that I have no prove. But they have the motive to do so. I'll just take that as a warning from them for parking outside their house, but so what? It's an open area, they don't own the space outside their house!

I'm not sure whether they knew that I found out the screw and I escaped from the nailing or not, but one thing for sure their act is going to make them to be more sinful, and they are going to hell.

Number 11 of the Anton Szandor LavVey's Rules of the Earth says:

"When walking in open territory, bother no one. If someone bothers you, ask him to stop. If he does not stop, destroy him."
Narrated by Mike at 13:05