Last Wednesday was my psychiatry end of posting exam. Most of the people had it on Tuesday but it was alright for me since 1 day later did not make any difference for me.

What matter was that the patient was not easy to clerk. But anyway he was a very kind person and very cooperative. But his talk was incoherent, irrelevant, mixed with tangentiality and circumstanciality. In the other word, I did not have a smooth history taking during the clerking.

When I was clerking his personal history, Dr. R came over and said, "10 more minutes".

I freaked out, I almost forget that I had only 45 minutes to take the history, do mental state examination and physical examination. Therefore I speed up my clerking. And when the patient drifted off again I tried my very best to pull him on track again.

In the end I managed to get the points which were supportive of my final diagnosis and points to against my differentials. I really thanked the patient because he was willing to cooperate, regardless how restless he was that time.

While presenting my case to Dr. N I managed to present the case smoothly, regardless how disorganised my clerking was. I got to answer the questions that she asked and list down my differential diagnosis too. She was quite happy with it so I hope I did well. 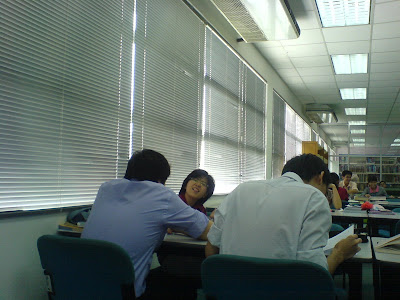 The next day, there were theory papers for both psychiatry and obstetrics postings. As usual, I could not study during the day before exam because my brain usually get tired after days of information overloading.

I did not study during the day and the day before the papers. I online, read manga, read newspapers in the library. In the end I screwed up the papers.

Psychiatry paper was the first. It was not that hard until I would fail it. At least I could pray for a pass. The true/false section with negative marking was difficult but the rest was fine. 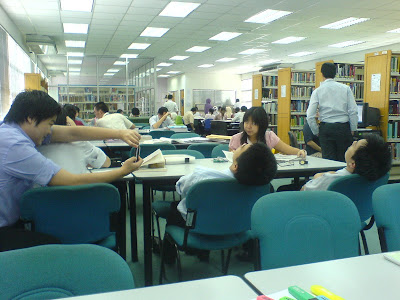 What was difficult was the next paper, obstetrics. To be honest I did not study much for obstetrics because I had to prepare for my psychiatry exams. I thought it could be fast for me to revise them but apparently it took longer than I expected.

For the very first time I could not answer almost all 5 of the options in True/False questions. Because of the negative markings, I left a lot of them empty. Plus 1 mark for 1 correct answer, minus 2 marks for 1 wrong answer means no mistakes are allowed.

This paper turned out to be more difficult than the surgery paper, where almost everyone in my group failed, the only paper that I failed. It was really no good, no good. After handling up the paper I felt like I was in deep shit.

After the feedback I felt that I was in a deeper shit. 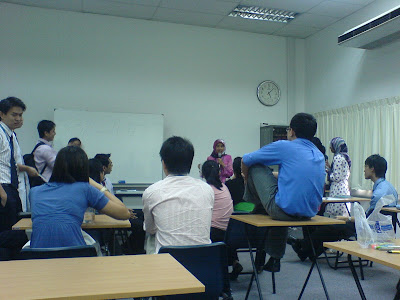 There was this question raised a lot of argument. A lady with age which I can't remember, has 1 child, has heart problem and on warfarin therapy, and question was to state the most appropriate contraception method for her.

Most of us chose Implanon considering the patient's medical condition and family history of having 1 child only. But the answer turned out to be E, to sterilise the husband.

Everyone felt like "what the hell", because we felt that the answer was damn out.

After discussing this question with someone, then I accept the fate. The patient can't afford to be pregnant again therefore sterilisation is the best. Not on her, since she can't undergo surgery, therefore it's done on the husband. And sterilisation has the lowest failure rate as compared to other contraceptive methods so that's why.

So what if the patient really, really wish to be pregnant again? 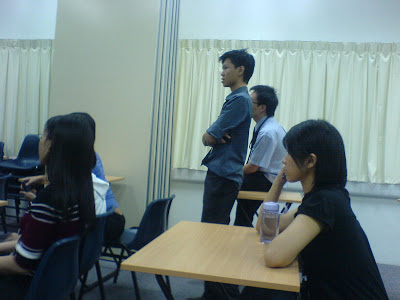 Having one week holiday day now, but I have no plans. Having no plan is a plan, Chris said.

I'm the posting leader for orthopaedics posting. It is the hardest leader to be among all the postings because nothing in the schedule is confirmed. Therefore I will be busy calling the doctors, booking venue, calling group members, running here and there, and burn my handphone credit dry.