I did this on purpose. It's all part of the plan. I stopped updating since the last day of last year and wanted to see what would happen if I stop writing. 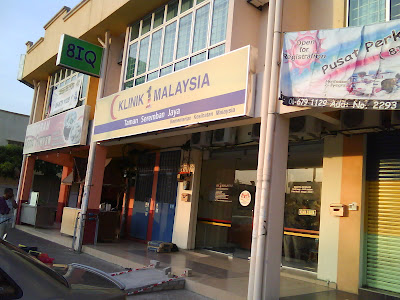 After being threatened that one of my orifice will be digitally examined with wasabi by one of the visitor, which I assumed to be my housemate, I decided to type in a post. It is, in fact in one of my to-do-list for this Saturday.

Chinese New Year is over. So do the major postings - General practice, orthopaedics and psychiatry. I missed one week of psychiatry posting due to a viral infection, what a great start for the year. 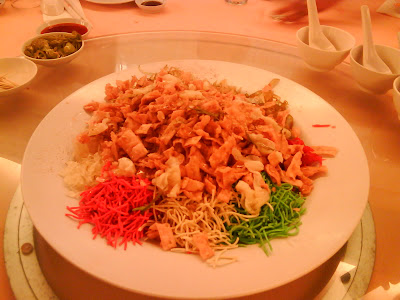 The theory papers for the major postings were extremely difficult. I don't feel good at all like the rest. The results should be out soon. That would drive the momentum for me to study even harder.

Oh well, I'm not studying that hard now afterall, which I'm supposed to. Finished radiology posting and currently one more week to go for anaesthesiology posting. Unlike other major postings, I don't have exam next week, where these postings' exams will be taken together with my last posting's paper. 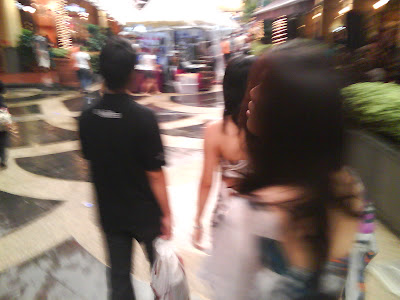 Therefore, I am, extremely under worked. I'm not sure how many times I said this but one thing for sure, I'm losing the drive to study. I still do study, just that I don't feel the momentum in me.

The next posting will be surgery. From the most relaxing posting I'll be leaping to the busiest posting. That's not very good. Reaching the ward 7.00am every morning, and need to cover the ward every night is definitely an overkill. I have seen how tired my batch mates already are, and I'm looking forward to that. 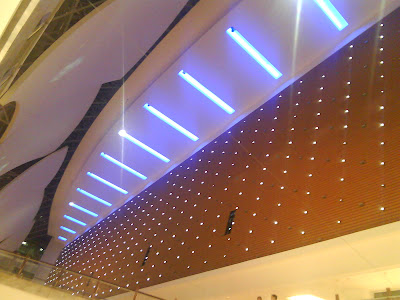 On the side note, my 1.5 years old Dell XPS 1530 had his motherboard or GPU burnt. The overheating issue was said to be the infamous nvidia GeForce 8400 GS's fault. Twelve months of extended warranty was available for this defect and apparently my model was said to be the new, rectified model which is not covered for this warranty.

What to do? I can't live without the laptop just like the rest. More than just entertainment purpose, we do need the laptop to study, type reports, prepare PowerPoint slides, read journals... Without it I could not function at all. 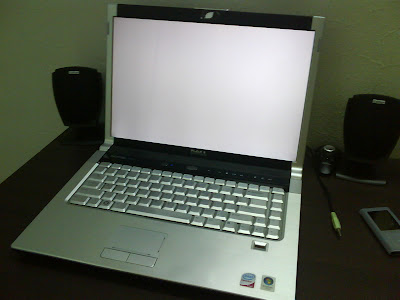 After days of consideration, I decided to pay for a one year warranty to renew the damaged parts of the laptop. Seems that the motherboard is gone and it got replaced together with the GPU and audio card.

I summoned the technician to the university on the next day, since I'm not at home most of the time. This would be the only good thing about Dell, its fast and friendly after service. But heck, I've gotten the new motherboard with the same GPU! Hope it won't fail me again.

Now I got the laptop revived and today, I have finished typing two community and family case study reports and prepared a PowerPoint slides on post operative analgesic drugs. Indeed, the laptop is very, very important for me. 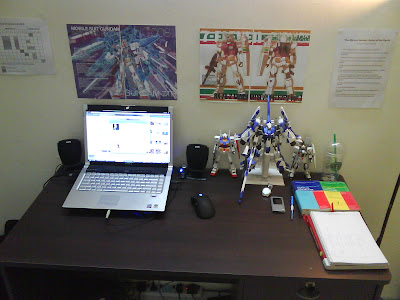 One thing falls along with the other. Hours ago I wanted to play the guitar. After taking out the cables, plugged in the amplifier, i noticed that the B string was off, again. I loosen the Allen key on the neck as to tune it, and the high E string snapped.

What the heck? I just spent a fortune 5 months ago for intonation and now the string snapped. I'm not going to the same non-floyd rose bridge-friendly music store in Seremban again. I would, just to buy the strings but I won't let them to change it for me. I'd rather do it myself.

Music night is next month and my electric guitar has snapped. Just like last year when I wanted to record the song for my electives that mentioned music shop screwed up my guitar. Panic.

Time is running fast, I need to catch up.
Narrated by Mike at 21:50